A little about Cyprus

Cyprus is tucked away in the top right hand corner of the Mediterranean and is so close to Europe, Asia and Africa that it rightly, claims to be a stepping stone to the three continents . An island whose rich dramatic history can be traced back over nine thousand years; an island so coveted over the centuries that it has been invaded and claimed by a fascinating mixture of civilizations from near and far all of which have left their culture and shaped its character.

An island whose archaeology stems from the Neolithic Age, the Ancient Greeks and the Roman period; where churches and monasteries still stand from Byzantine times; castles and palaces from the days of Crusaders and Frankish Lusignans and splendid city walls from Venetian days. 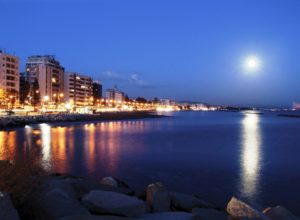 An island chosen by the mythical gods and goddesses of Ancient Greece who indulged themselves here in sport pleasure and tragedy; where Aphrodite goddess of love and beauty, emerged from the Pafos foam to become a famous cult figure – centre of attraction for the first visitors who flocked to the island to worship her.

With such a historic and legendary background it is hardly surprising that Cyprus has developed a character which is quite unique. It is blessed with beauty, natural beauty that ranges from golden beaches and rugged coastlines to rolling hills and forest clad mountains, dotted with picturesque villages.

Cyprus is also an excellent place to do business. Fully served by two International airports in Larnaca and Paphos, nowehere in Cyprus is far away. There is a solid financial infrastructure in place in Cyprus that allows for favourable taxation for offshore entities and a multitude of activities.